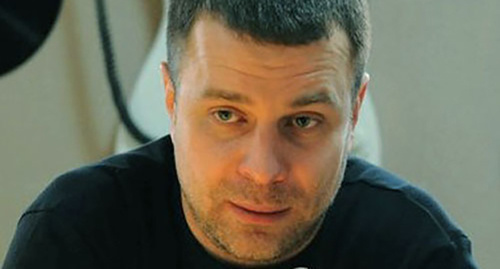 Sergey Reznik back at large

Today is the end of the prison term of the Rostov journalist and blogger Sergey Reznik, who was sentenced to three years in colony.

The "Caucasian Knot" has reported that Sergey Reznik, known for his critical publications, was accused of insulting a state official, a false accusation and a commercial bribery. On January 22, 2015, he was sentenced to three years in prison with account of his already served term, appointed in November 2013. On May 13, 2015, the Rostov   Regional Court reduced his term by a month.

Members of the journalistic community expressed their bewilderment at the verdict to Sergey Reznik, stating the inadmissibility of using violence against journalists through the criminal prosecution. The Human Rights Centre (HRC) " Memorial "declared Sergey Reznik to be a political prisoner.

Today, Sergey Reznik, was released from the Kamensk colony, and went to the countryside base near the city of Kamensk-Shakhtinsky to celebrate his liberation with a group of friends and relatives, said Igor Khoroshilov, a journalist and Sergey's friend.

"Sergey is not telling yet what he will do in the future," the "161.ru" quotes Igor Khoroshilov as saying.