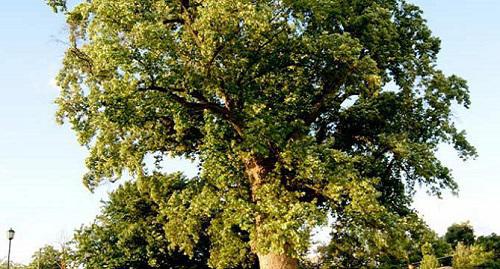 The Sochi authorities want to build restaurants and hotels at the Tulip Tree, sacred for Adygs, said Ruslan Gvashev, a Circassian activist, who is on a hunger strike since September 11 in protest against the fine imposed on him for praying at the Tree on the Adygs' Memory Day.

The "Caucasian Knot" has reported that today Gvashev's health condition has improved – he was able to get out of his bed and speak.

He said that the reason for his harassment by the authorities became clear after the announcement of Sochi Mayor’s plans to build-up the territory around the Tulip Tree.

"They drove 36,000 Circassians from 74 auls under this tree and exterminated them. How dare they build anything in this sacred place?" he was indignant.

Anatoly Pakhomov, Sochi Mayor, said that the dwelling settlement of Golovinka (where the Tulip Tree is situated, – note of the “Caucasian Knot”) will become attractive for investors and tourists.

The modern Black Sea auls preserve the veneration of sacred trees, says Naima Neflyasheva, a Senior Researcher of the Centre for Civilization and Regional Studies of the Africa Institute of the Russian Academy of Sciences (RAS), who is running her blog entitled "Northern Caucasus through centuries" on the "Caucasian Knot".