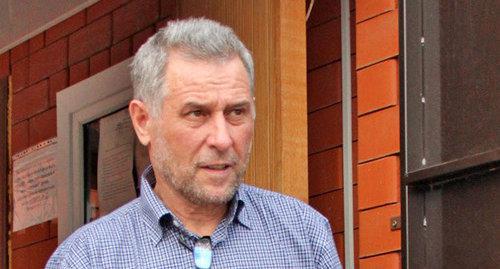 Today, Ruslan Kutaev, the chair of the Assembly of the Peoples of the Caucasus, has been released from a penal colony in Chechnya. This has been reported by one of the convict's relatives.

The "Caucasian Knot" has reported that in July 2014, in Chechnya, Ruslan Kutaev, the chair of the Assembly of the Peoples of the Caucasus, was sentenced to four years of imprisonment on the charge of possession of drugs. On October 31, 2014, the court reduced the term of imprisonment for Ruslan Kutaev by two months.

On February 18, 2014, on the eve of the anniversary of the deportation of the Chechen and Ingush people, Ruslan Kutaev organized a scientific and practical conference. The event did not comply with the order issued by Chechen leader Ramzan Kadyrov to re-schedule the Chechen People's Day of Memory and Sorrow to May 10. Ruslan Kutaev was detained and then sentenced to imprisonment. The Human Rights Centre (HRC) "Memorial" recognized Ruslan Kutaev as a political prisoner. According to the rights defenders, after his detention, Ruslan Kutaev was subjected to torture.

Today, Ruslan Kutaev has left the penal colony "Chernokozovo" in the Naur District, the "Caucasian Knot" correspondent was told by one of the convict's relatives.

Ruslan Kutaev and his family are heroes of film on political prisoners screened in Moscow, Ruslan Kutaev placed into dungeon, CaT files cassation complaint against verdict to Kutaev.