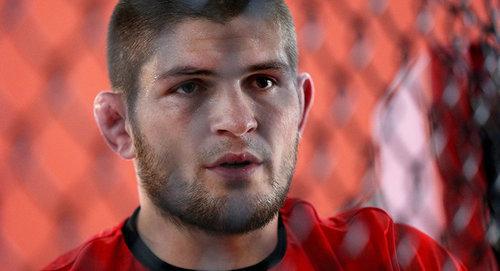 A Russian MMA fighter, a native of Dagestan. After a battle with Al Iaquinta in April 2018, Khabib Nurmagomedov became the first Russian citizen in UFC with a champion title. On October 6, 2018, he defeated Conor McGregor at UFC 229 tournament in Las Vegas.

On September 20, 1988, Khabib Nurmagomedov was born in an Avar family from the mountain village of Sildi in the Tsumada District of Dagestan. Many local men were hereditary fighters, and Khabib's relatives were no exception.

In 2016, with the support of Zivuyadin Magomedov, Khabib Nurmagomedov founded his team "MMA Eagles".

In 2017, Khabib Nurmagomedov appealed to the public with complaints of torture used against Akim Kuliev in Dagestan.

Khabib Nurmagomedov is one of the most popular Russian athletes. The number of his Instagram followers is about 6 million, and this is an absolute record.

Khabib Nurmagomedov professes Islam. He does not drink, does not smoke, regularly makes pilgrimages to Mecca and observes all the basic commandments of the Koran, including not conducting battles during Ramadan.

He is married and has two children.

When Khabib Nurmagomedov was 23 years old, he became the youngest Russian wrestler in the history of the UFC.

On January 21, 2012, he had his first fight, which ended in victory over Kamal Shalorus. The very high level of Khabib Nurmagomedov's training was immediately noted in the USA.

On July 7, 2012, Khabib Nurmagomedov won his second fight at the UFC against Gleison Tibau, one of the best Brazilian athletes in lightweight, who was in the TOP 15 of the best lightweight fighters in the world at the UFC 148 in Las Vegas, Nevada.

In August and September, Khabib Nurmagomedov was engaged in a verbal fought with musicians.

It all started with the concerts of the Azerbaijani rap duo "HammAli & Navai" in Makhachkala. In his Instagram, Khabib Nurmagomedov posted a video with a speech and a comment: "Modern Dagestan. Is this precisely what the righteous predecessors bequeathed to us?"

In September, the "Black Star" music label (founded by Timati) cancelled Makhachkala concerts of two of its rappers, including MC Doni and Egor Kreed. Agents of the label explained the cancellation of the concerts by "tense situation at the place." Khabib Nurmagomedov responded to the statement voiced by the label and wrote: "The loss is not great." After that, Timati associated the cancellation of the concerts with the influence of Khabib Nurmagomedov.

The main match at the UFC 229 tournament was announced on August 3, 2018. Tickets were sold out in 3 minutes.