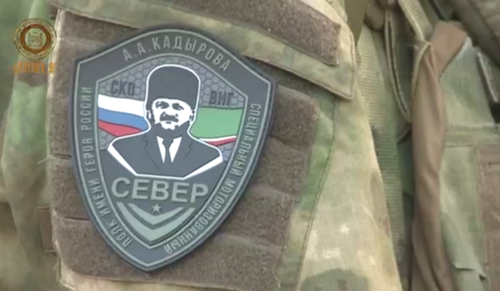 The "Caucasian Knot" has reported that Members of the European Parliament (MEPs) called on the European Union (EU) to include the Chechen 141st Regiment "Sever", which took part in the hostilities in Ukraine, into the list of terrorist organizations; they have also asked to include the Private Military Company (PMC) "Vagner" into this list.

The MEPs have made a declarative statement, Kirill Koroteev, a lawyer and an expert in the international law, has noted. "The resolution of the European Parliament doesn't mean the inclusion into the list at all. There is no correlation with the International Criminal Court either," he has added.

The MEPs' statement will have no real consequences, Valery Smirnov, Deputy Director for International Relations of the Institute of Law and National Security of the RANEPA (the Russian Presidential Academy of National Economy and Public Administration), believes.

The inclusion into the EU list will not lead to any infringement of the rights or freedom of movement of the "Sever" military regiment, Ruslan Kutaev, the president of the Assembly of Caucasian Nations, is sure.

"The bulk of these servicemen are unknown to anyone; and they don't travel around Europe," Mr Kutaev has stated.

He has pointed out that this resolution has another important aspect – to "identify Kadyrov" as a person being involved in these structures. In connection with such lists, there is a "substitution of concepts," and an attempt to shift responsibility for the events in Ukraine. In his opinion, the statement of the Pope of Rome about the Chechens and Buryats can be perceived in this vein.

On November 28, Pope Francis called Chechens and Buryats the "cruellest" Russian fighters, who do not adhere to the "Russian tradition."

This article was originally published on the Russian page of 24/7 Internet agency ‘Caucasian Knot’ on November 29, 2022 at 11:09 pm MSK. To access the full text of the article, click here.