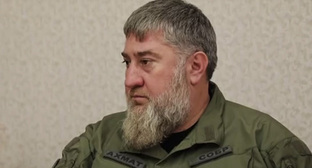 Crime and detention: main point about scandals with Kadyrov's representatives

On December 26, 2022, Khasan Ibragimov, Ramzan Kadyrov's official representative in the Kherson and Zaporozhye Regions, was detained in Simferopol on suspicion of beating a young man who stood up for a girl in a restaurant. Detentions of official representatives of the head of Chechnya for committing various crimes and offenses became public more than once. The "Caucasian Knot" has collected information about such cases.

Khasan Ibragimov and four law enforcers arrived in Simferopol, and on December 26 came to rest at a night club, where Ibragimov's companion grabbed a visitor girl by the buttocks. The girl's companion stood up for her; then, the law enforcers dragged him outside and beat him up. Four people participated in the beating; it follows from the released video. The police managed to stop the brawl. [1]

The detention was denied by Akhmed Dudaev, the Chechnya's Minister for National Policy, Foreign Relations, Press and Information, who claimed that "no one was detained; this was a domestic incident that was settled on the spot." [2]

On February 6, 2019, Murad Saidov, an assistant to the permanent representative of the head of Chechnya in the Crimea, was detained in the town of Saki. It happened in one of the local restaurants.

Armed men beat up Ibragim Aliev, a businessman of Chechen origin; he received grave traumas. They forced Aliev to transfer a stake in his business, but he refused, a law enforcement source then explained. Law enforcers came to the restaurants in response to an anonymous call about a brawl and met armed people at the venue. Several small firearms were confiscated from Saidov.

Ramzan Kadyrov stood up for Saidov, stating that the latter had legally owned the seized firearms, and the conflict broke out between two Chechens who "maintained business relations" and quarrelled "because of mutual business claims." Besides, the head of Chechnya noted that Saidov was an assistant to his permanent representative "on a voluntary basis." [3]

Later, Djambulat Umarov, a Chechen Minister, said that Saidov "had nothing to do with the republic's government." 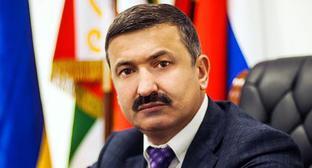 On November 23, 2017, in the Bryansk Region, Ramzan Tsitsulaev, the plenipotentiary representative of the head of Chechnya in Ukraine since 2010, was detained and convoyed to Moscow. By that time, Tsitsulaev had been on the wanted list for three years.

In 2018, Tsitsulaev was also accused of kidnapping and extortion.

In November 2014, he became a figurant in a criminal case on a major fraud and using violence against a state official. They tried to detain Tsitsulaev in Moscow, but his relatives and bodyguards resisted law enforcers. Tsitsulaev managed to fly to Chechnya. According to the Security Service of Ukraine (known as SBU), in September 2017, Tsitsulaev returned to the country with a new Russian passport. 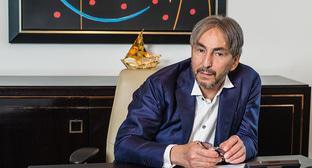 Umar Djabrailov, a former senator (member of the Russian Federation Council) from Chechnya, was detained on August 29, 2017, after a shooting in a Moscow hotel and charged with hooliganism with using a weapon. Djabrailov admitted that he had fired a pistol, explaining the incident by his contusions received at war.

In November 2018, the Tverskoy Court of Moscow imposed a fine on him, taking into account his positive characteristics and the absence of aggravating circumstances. In July 2018, Djabrailov was expelled from the "Edinaya Rossiya" (United Russia) Party

[2] "The Chechen Republic had denied the detention of Kadyrov's representative in the Kherson and Zaporozhye Regions": //IA "Chechnya Segodnya" (Chechnya Today), December 26, 2022.

[3] "Kadyrov instructs to clear out the detention of the assistant to the permanent representative of Chechnya in Crimea": //Interfax, February 8, 2018.

This article was originally published on the Russian page of 24/7 Internet agency ‘Caucasian Knot’ on December 30, 2022 at 08:18 pm MSK. To access the full text of the article, click here.