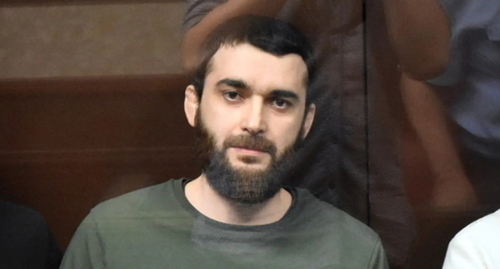 Continuation of the blockade of Nagorno-Karabakh, news about the Abdulmumin Gadjiev’s case, threat to the life of Mikhail Saakashvili, verdict to Ingush activists and hunger strikes of Azerbaijani oppositionists, – see the review of these and other events in the Caucasus during the week of January 9-15, 2023, prepared by the “Caucasian Knot”.

The Lachin Corridor linking Nagorno-Karabakh with Armenia and the outside world have been remaining blocked for 35 days already. More than 720 enterprises have been stopped, and about 3400 people have become involuntarily unemployed. Kindergartens will remain closed for at least another week because of food shortages. In Stepanakert, stores no longer sell basic foodstuffs, and people can hardly buy milk and eggs.

The authorities of Nagorno-Karabakh have decided to introduce a food coupon system because of the shortage of food products. Starting from January 17, residents of the unrecognized republic will receive food coupons for sunflower oil (one litre per person), pasta, rice, sugar, and buckwheat (one kilogramme of each product per person).

In Stepanakert, pharmacies suffer from acute shortage of certain types of medicines. According to pharmacists, medicines for children and baby food have disappeared from the sale. On January 15, medicines and other cargo for medical institutions were delivered to Nagorno-Karabakh from Armenia.

There is a shortage of medical specialists in Nagorno-Karabakh. Specialists from Armenia are not able to come to the unrecognized republic, and as a result, 400 residents of Nagorno-Karabakh have to wait for surgeries to be conducted.

On January 10, at a court hearing in the case against Abdulmumin Gadjiev, Kemal Tambiev, and Abubakar Rizvanov, the court pronounced the results of an examination of Abdulmumin Gadjiev’s articles posted by the Dagestani weekly newspaper “Chernovik” (Rough Draft). The examination was conducted by the Southern Centre for Forensic Examination of the Ministry of Justice (MoJ). According to the conclusion of the examination, the above articles written by Abdulmumin Gadjiev contain no signs of incitement to transfer money to a charitable foundation or to overthrow of the authorities, no signs of propaganda of the ideas of terrorist organizations and of incitement of hostility and hatred towards the law enforcement bodies. Spokesperson for the MoJ’s Southern Centre for Forensic Examination confirmed the conclusions of his colleagues stating that there were no signs of crime in the Abdulmumin Gadjiev’s articles. According to the defence, the above fact corresponds to the version that the journalist is not guilty.

At the same time, under absurd pretexts, Dagestani law enforcers prevent pickets held in support of the defendants and detain activists and even passers-by. On January 9, in Makhachkala, the police detained Magdi Kamalov, the founder of the newspaper “Chernovik”, and Magomed Magomedov, the deputy editor-in-chief of the “Chernovik”, who were on their way to the site of weekly pickets. The editors of the newspaper “Chernovik” requested the Dagestani Minister of Internal Affairs (MIA) and the Prosecutor of Dagestan to explain the regular detentions of the picketers.

Saakashvili: a threat to his life

On January 14, Vedant Patel, Principal Deputy Spokesperson for the US Department of State, commented on the health state of Mikhail Saakashvili. According to Vedant Patel, the United States are closely monitoring the situation with the former president of Georgia, especially with the state of his health.

On January 9, American neurologist Shaheen Emmanuel Lahani, who was questioned in court as a witness, said that the Mikhail Saakashvili’s condition is incompatible with serving his sentence in prison and is mortally dangerous. “The most serious diagnosis is dementia and convulsions,” the “Georgia Online” quoted the neurologist as saying.

Meanwhile, on January 13, Georgian President Salome Zurabishvili pardoned nine convicts. In 2022, the President of Georgia pardoned about 60 people. Nine persons were last released, and six others had their sentences reduced in November. Supporters of Mikhail Saakashvili regularly hold protests in Georgia with the demand to pardon him. In December, 562 women signed a letter to Salome Zurabishvili with a request to pardon the former president of Georgia.

In the Stavropol Territory, a court has begun considering a complaint filed against the sentence of Ingush activists convicted in the case on protests in Magas. The defendants are allowed to participate in court hearings only by video channels. The participants of the trial point out that the absence of advocate Magomed Berkov, representing the interests of Musa Malsagov, violates the defendant’s right to defence. The judge dismissed the public prosecutor’s proposal to appoint an advocate for Musa Malsagov and postponed the trial until the defender recovered. Journalists were also not allowed into the court room with reference to the lack of seats, although there were vacant seats in the court room.

On January 13, the European Union (EU) demanded from the authorities of Azerbaijan to release Bakhtiyar Gadjiev and Tofig Yagublu. The administration of the Baku Caspian Plaza Business Centre has denied a lease to the Institute for Public Policy, headed by Bakhtiyar Gadjiev, and two other human rights organizations.

On January 15, after a visit of his daughter, Tofig Yagublu, who had been on a hunger strike for the eleventh day under arrest, agreed to drink water but continued to refuse food. The number of participants of the hunger strike held in support of Tofig Yagublu has decreased to 18 people because of health reasons.

This article was originally published on the Russian page of 24/7 Internet agency ‘Caucasian Knot’ on January 16, 2022 at 08:40 am MSK. To access the full text of the article, click here.