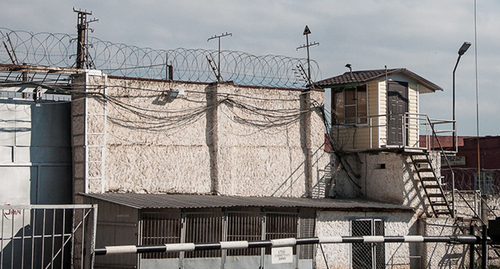 Five employees of the colony in Kalmykia, where prisoners from Dagestan, Magomed Atimagomedov and Daud Kuramagomedov, were serving their prison terms, have been charged with abuse of power with using torture. This was informed by Djamal Aliev, the Dagestani Ombudsperson.

The "Caucasian Knot" has reported that in September 2022, in Kalmykia, investigators opened a criminal case against Magomed Atimagomedov and Daud Kuramagomedov, accused of attacking the colony staff and inciting mass riots. According to advocates, their clients had been severely beaten up in the colony. They receive new threats of torture, Snezhana Muntyan, one of the advocates, said in January.

Five employees of the correctional colony in Kalmykia have been detained within the criminal case on abuse of power with the use of torture, the above Djamal Aliev has stated in his Telegram channel.

Earlier, Snezhana Muntyan reported the arrest of the colony employees.

In November 2022, advocates stated that investigators had failed to find proofs and suspects in the case of torturing inmates of the Kalmyk colony, despite the identification of the law enforcers who had used torture. Most of the inmates recognized as victims within this case refused to testify, but Magomed Atimagomedov and Daud Kuramagomedov intend to seek punishment for the colony staff involved.

This article was originally published on the Russian page of 24/7 Internet agency ‘Caucasian Knot’ on January 19, 2022 at 02:54 pm MSK. To access the full text of the article, click here.

Rights defenders announce fundraising for Dagestani inmates at Kalmyk colony, Prisoners of Kalmyk colony retract their testimonies about torture, New case opened against inmates from Dagestan beaten up in colony.