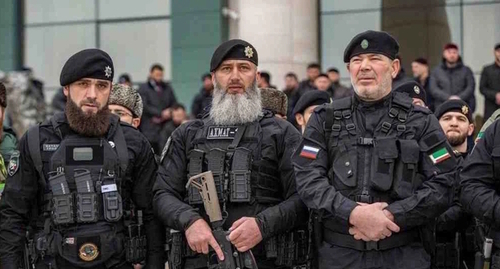 For religious military servicemen, wearing beards is not only acceptable, but even desirable, Victor Sobolev, a State Duma MP and a member of the Defence Committee there, said after Ramzan Kadyrov's angry reaction to his words about soldiers' need to shave faces.

The "Caucasian Knot" has reported that on January 19, Kadyrov criticized Sobolev's statement about the need for military servicemen to shave their beards. According to Kadyrov, the reminder about the requirements of the military charter is absurd in the context of the special military operation (SMO) and is an attack on the warring Muslims.

According to Sobolev, he did not oppose beards on military servicemen's faces.

"If the military wear a beard for religious reasons, then this ... is necessary, because it unites them," the RBC quotes General Sobolev as saying.

Victor Sobolev has noted that he was at the readiness review of the regiment formed in Chechnya and was very pleased with the appearance of the militaries from the republic. "They looked, one might say, great ... Everyone had beard; and no one was against it," the general has explained.

Kadyrov has repeatedly criticized army commanders and the strategy of the Russian Ministry of Defence (MoD), in particular, Alexander Lapin, the commander of the Central Military District. Kadyrov reminded Vladimir Boldyrev, a former Commander-in-Chief of the Russian Ground Forces, who had treated his criticism as inappropriate, that he (Kadyrov) himself has a general rank.

This article was originally published on the Russian page of 24/7 Internet agency ‘Caucasian Knot’ on January 20, 2022 at 00:21 am MSK. To access the full text of the article, click here.