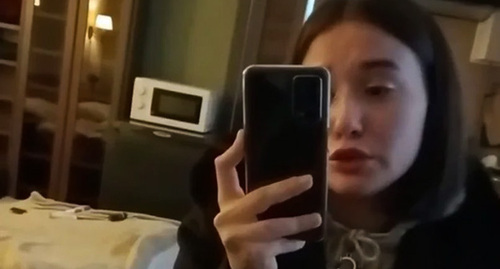 After her release from the police, Leyla Gireeva stays in a safe place, but she is still in danger due to threats from her relatives, reports Miron Rozanov, the spokesperson for the “NC (Northern Caucasus) SOS Crisis Group”. Leyla Gireeva was subjected to domestic violence and the expulsion of genies, which prompted her to run away from home, says journalist Svetlana Anokhina.

“Leyla stays in a safer place. But she is still in mortal danger, because her relatives are looking for her in order to forcibly return her home,” Miron Rozanov said.

“The usual Caucasian family violence, the search for genies who allegedly sit in the girl, her psychologically unstable state, as she says, she was fed with drugs. And as a result, on November 14, she packed up and fled,” Svetlana Anokhina reported.

Earlier, Svetlana Anokhina has said that the expulsion of genies is a frequent procedure in Northern Caucasus. Patimat Idrisova, a native of Dagestan, ran away from home because of threats from her relatives and forced treatment. According to Svetlana Anokhina, the need for treatment arose due to the prejudices of Patimat Idrisova’s relatives, who attributed any deviation from generally accepted norms to “problems because of genies.”

This article was originally published on the Russian page of 24/7 Internet agency ‘Caucasian Knot’ on November 24, 2022 at 02:51 pm MSK. To access the full text of the article, click here.

Native of Ingushetia, who ran away from home, tells threat of murder by relatives, Woman from Dagestan tells about her victory over domestic violence, Rights defenders treat life threat to Dagestani woman who left Russia as real.