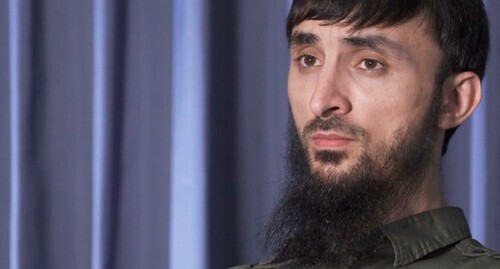 Tumso Abdurakhmanov did not post any videos on his channel after November 7, when he announced the beginning of the activities of the “Voice of Chechenia” political party. Followers of the blogger, who earlier published his posts at least once a week, are alarmed by the lack of news from Tumso amid rumours of his murder.

The “Caucasian Knot” has reported that the information about the likely murder of Tumso Abdurakhmanov appeared in the “Ichkeria: Heroes, Enemies, and Traitors” Telegram channel on December 1. Later, the channel denied the report. The “Vayfond” association and the Assembly of Chechens of Europe pointed out that the publications about the murder of Tumso Abdurakhmanov did not look reliable.

In the recent video posted on the YouTube channel, the blogger talks about the beginning of the activities of the “Voice of Chechenia” political party.

On his “Nizam Channel” on YouTube, Anzor Maskhadov, a son of Aslan Maskhadov, posted a video reporting the rumours about the murder of Tumso Abdurakhmanov.

“There was an attempt to murder Tumso, like other people who were killed for speaking the truth ... And we know that we had enemies and that their number even grew. And these are those who have now become more active and have intensified their attacks on our activists,” Anzor Maskhadov stated.

This article was originally published on the Russian page of 24/7 Internet agency ‘Caucasian Knot’ on December 3, 2022 at 02:04 am MSK. To access the full text of the article, click here.