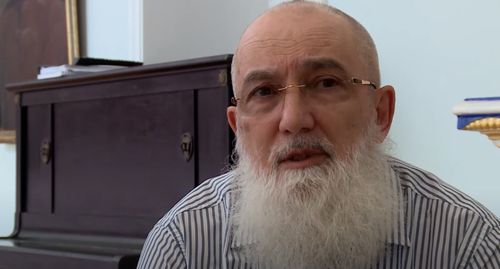 Dagestani historian Donogo reports details of his interrogation after search

After the search at the Khadji Murad Donogo’s house, the police asked questions about his participation in scientific conferences in Georgia, Azerbaijan, and Turkey and about his contacts there, the historian said. According to journalists, Khadji Murad Donogo is widely known as a scientist and is far from politics.

The “Caucasian Knot” has reported that Khadji Murad Donogo, the former deputy director of the National Museum of Dagestan, said that on November 30, the policed conducted a search in his house and seized books, flash drives, a mobile phone and a computer with valuable historical materials. After the search, the scientist was interrogated.

On June 1, it became known that Khadji Murad Donogo had to leave the post of the deputy director of the National Museum of Dagestan after the Association of Special Forces Veterans wrote a complaint against him to Dagestani leader Sergey Melikov and accused the historian of nationalism. The complaint said that Khadji Murad Donogo participated in Turkey, Georgia, and Azerbaijan in conferences held by organizations pursuing an anti-Russian policy and “promoting separatism in Northern Caucasus.”

According to Khadji Murad Donogo, the police asked questions about his participation in scientific conferences in Georgia, Azerbaijan, and Turkey, with the emphasis made on his contacts in Georgia.

“They asked me about the discussion of the Circassian topic. There were almost no questions about Chechnya. They asked me about contacts with Mairbek Vachagaev [a historian and journalist from Chechnya living in Europe],” Khadji Murad Donogo emphasized.

This article was originally published on the Russian page of 24/7 Internet agency ‘Caucasian Knot’ on December 3, 2022 at 03:46 pm MSK. To access the full text of the article, click here.