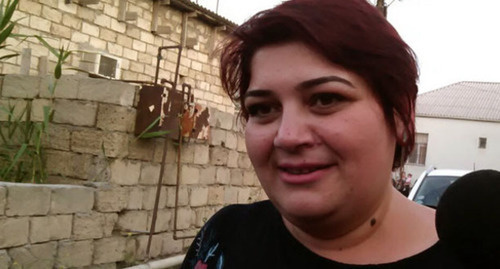 In Azerbaijan, a court has dismissed the lawsuit filed by journalist Khadija Ismayilova, who demanded from the Baku City Prosecutor's Office to pay compensation for her unreasonable arrest. The defence plans to challenge the court's decision.

The "Caucasian Knot" has reported that in August, Khadija Ismayilova complained about unreasonable arrest in the case of incitement to a suicide attempt. For the above reason, the journalist could not work for three months and had to spend money to pay for legal aid and food at SIZO (pre-trial prison), reported advocate Yalchin Imanov.

Fariz Namazly, another advocate, has noted that the demands of the defence are based on the European Convention on Human Rights, according to which no one can be deprived of liberty without a legal resolution.

Let us remind you that in January 2016, it was reported that the European Court of Human Rights (ECtHR) began communicating with the Azerbaijani authorities concerning the complaints about the interference in the private life of journalist Khadija Ismayilova and her discredit in the local media.