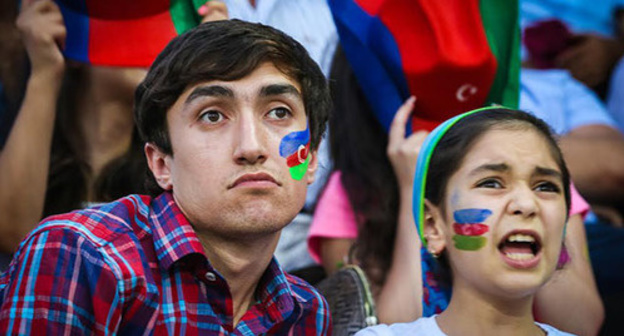 Azerbaijan medal-winners at European Games will receive 7.7 million US dollars as premiums 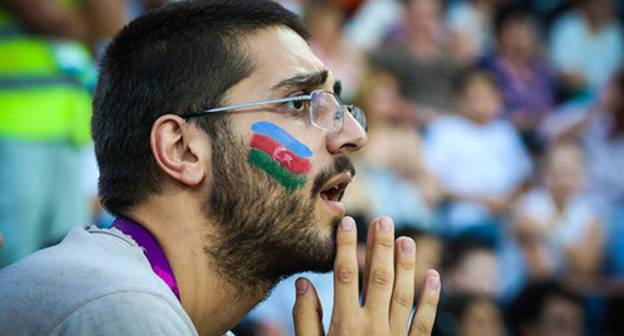 First European Games in Baku are over 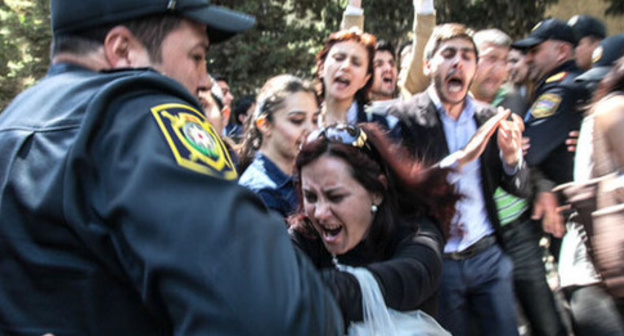 Mary Lawlor: human rights situation in Azerbaijan is ignored by US and EU because of their geopolitical interests

At opening of European Games, Baku runs up flags of Olympic Committees of 50 countries 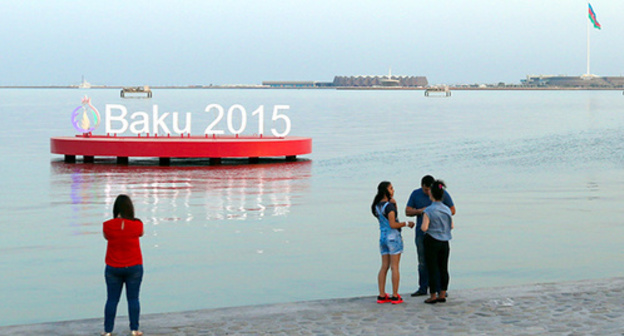 "The Guardian" journalists banned from attending European Games in Azerbaijan

WEEK IN THE CAUCASUS

Armenian protesters intend to continue action until fulfilment of their demands

The protesters against the increase of electricity tariff have stated that they would not leave Bagramyan Avenue until the decision to raise the tariff is cancelled.

The Russia's Supreme Court has dismissed the appeals against the sentence on Anna Politkovskaya's murder case, but excluded the episode of arms transfer from the verdict and decreased the prison...

Authorities warn about tornadoes near Sochi

Tornadoes are being formed over the Black Sea near Sochi, which can move towards the city, local authorities report. In Sochi the amount of today's rain has reached a six-week usual norm.

The "Islamic State" (IS), recognized as a terrorist organization, has announced the establishment of its branch in Northern Caucasus. This statement was made after Caucasian militants took an oath...

Police use water cannons to disperse protesters in Yerevan

In the centre of Yerevan, the Armenian police dispersed a rally protesting against the increase in electricity tariffs. Several hundred people were detained.

A Chechen refugee in Austria and a harsh Kadyrov's critic; a former investigator of the Ministry of Internal Affairs (MIA), who collaborated with special services; was assassinated in Vienna on...

A participant of the second Chechen military campaign, one of the field commanders close to Shamil Basaev and Aslan Maskhadov. Shot dead in Berlin in 2019.

He is a native of Chechnya, who is trying to get refugee status in Germany. In September 2017, he became the first native of the republic to confess to his homosexuality.

Zhalaudi Geriev is a Chechen journalist and a correspondent of the "Caucasian Knot". On September 5, 2016, he was sentenced to 3 years of imprisonment on the charge of drug possession. The Human...

Magomed "Lord" Daudov is a former Chechen militant who was awarded the title of "Hero of Russia", the chairman of the Chechen parliament under Ramzan Kadyrov.

Tumso Abdurakhmanov is a blogger from Chechnya. After a conflict with Ramzan Kadyrov's relative, he left the republic and went first to Georgia, and then to Poland, where he is trying to get...

Ramzan Kadyrov is a Chechen politician, a son of Akhmat Kadyrov, the first president of the Chechen Republic. Since 2011, Ramzan Kadyrov has been the leader of Chechnya.

A Russian MMA fighter, a native of Dagestan. After a battle with Al Iaquinta in April 2018, Khabib Nurmagomedov became the first Russian citizen in UFC with a champion title. On October 6, 2018, he...

On July 9, 2013, Akhmednabi Akhmednabiev, our colleague, a "Caucasian Knot" correspondent, was killed in the suburb of Makhachkala.

Human rights in Azerbaijan - and pigs will fly!

The media attention is drawn to the European Games opened in Baku, while rights defenders and activists are kept in prisons, where there had been placed for political reasons, said Mary Lawlor, the...

‹ › All essays
Infographics. Statistics of victims
>   All materials ...