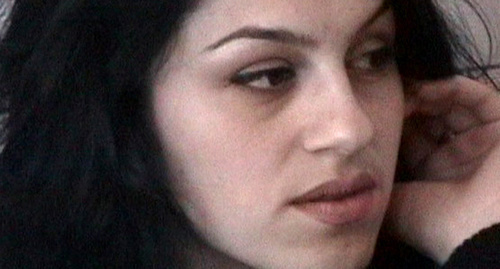 Toma Tsechoeva, an Ingush human rights defender, protected the rights of Magomed Aushev, who had been tortured by law enforcers after his detention on suspicion of opening fire from a car of a wedding cortege.

Ms Tsechoeva was nominated for the “Hero of the Caucasus-2015” contest, held by “Caucasian Knot”, for carrying out her professional duty in spite of risk for her life and health.

In 2015, Toma Tsechoeva protected the rights of Magomed Aushev, a resident of the village of Ekazhevo, who was detained on suspicion of opening fire out of a car during a wedding party. According to his family members, after his detention, Magomed Aushev was tortured and beaten. On December 22, 2014, he lost consciousness at courthouse and was hospitalized. Magomed Aushev was released on recognizance not to leave for medical treatment, and he underwent surgery.

The inquiry into the complaint of Magomed Aushev about torture was reopened after the detention of employees of the Ingush Centre to Combat Extremism (CCE).

Since 2001, until the present day, Toma Tsechoeva has been working closely with the Human Rights Centre (HRC) “Memorial”.

Under the agreement with the HRC, Ms Tsechoeva took part in several dozens of criminal cases, where she represented the claimants’ interests at the stage of the investigation. Later, after the exhaustion of all the remedies at the national level, several cases were submitted to consideration to the European Court of Human Rights (ECtHR).

One of the first such cases, concerning the kidnapping by power agents of three Ingush residents in the dwelling settlement of Ordjonikidzevskaya, is currently communicated by the ECtHR.

Toma Tsechoeva also dealt with the cases concerning the kidnapping by power agents of Ingush citizens Adam Medov and Sultan Khatuev. She was engaged in the exhaustion of remedies at the national level. In the end, the cases were sent to the ECtHR, which has recognized violations of applicants’ rights (in the Medov’s case – in 2007, and in the Khatuev’s case – in 2010). Later, Toma Tsechoeva represented the interests of Adam Medov within the enforcement of the ECtHR’s decision at the national level.

At the national level, Ms Tsechoeva managed to win the case concerning the torture applied to Zelimkhan Chitigov.

In cooperation with the HRC “Memorial”, Toma Tsechoeva helped forced migrants from Chechnya and the Prigorodny District of North Ossetia. She held consultations, helped people to draw up applications and presented their interests in courts. During her work, she took part in more than 100 trials on cases of forced migrants and managed to win most of them. She represented not only the interests of certain individual families but also helped to protect the rights of refugees, who lived in the so-called “temporary accommodation centres (TACs). For example, she defended at court the interests of several families from the TAC “Promzhilbaza” (the town of Karabulak), aiming to cancel the order of town authorities to evict them.