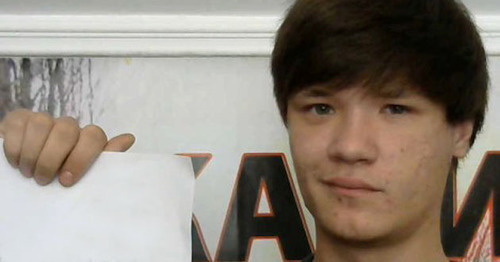 In 2015, Alexander Saveliev, an activist of the "Environmental Watch for Northern Caucasus" (EcoWatch) from Krasnodar, a blogger and rights defender, supported the political prisoner and ecologist Evgeny Vitishko, and fought against the capture of territories and unauthorized waste dumping.

Mr Saveliev was nominated for the "Hero of the Caucasus-2015" contest of the "Caucasian Knot" for the performance of his professional duties despite the pressure.

In January 2015, Alexander Saveliev and other “EcoWatch” activists dealt with unauthorized dumps near Ust-Labinsk.

On March 25, Mr Saveliev and other “EcoWatch” activists detected in Krasnodar three points of discharging sewage water into the Kuban River.

In May, Saveliev and other ecological activists, accompanied by the journalist of the Russian "Novaya Gazeta" newspaper, Evgeny Titov, went to the village of Poltavskaya to estimate the size of the local dump, where they were detained by the police.

On October 17, Alexander Saveliev posted a series of photos on the website of the “EcoWatch” showing the mass destruction of forests on the southern and northern slopes of the AibgaRange in the SochiNational Park. The forests were cut off to free the space for the construction of the "Roza Khutor" Ski Resort.

In 2015, Saveliev also reported the problem related to the construction of the Marine Cathedral on the border with the monument of nature "Sudzhuk Lagoon" in Novorossiysk. The construction works were carried out there contrary to the law, and the "EcoWatch" repeatedly attracted attention to this problem.

On May 31, 2015, in Krasnodar, within the All-Russian action "Citizen and Police", public activists carried out several public inspections of law enforcement stations – Saveliev reported about it in the video, posted on the YouTube channel under the title of "Kuban, OPEN YOUR EYES!" Saveliev and two other participants of the civil inspection were forced to the police station for their filming.

Alexander Saveliev lives in Krasnodar. He had studied for two years at the History Department of the AdygStateUniversity, which he quitted in May 2015.

He is an active blogger on the "Twitter" and on the platform of the "Open Russia"; he participates in preparing materials for the video blogs – the "Ecological Watch for Northern Caucasus", the independent Internet TV channel "Noga" and others.