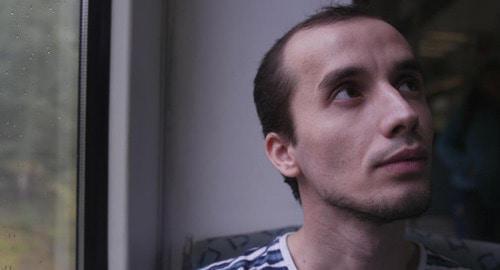 He is a native of Chechnya, who is trying to get refugee status in Germany. In September 2017, he became the first native of the republic to confess to his homosexuality.

According to Eskerkhanov, in 2007, he entered the Russian-Vainakh Division of the Philological Department of the Chechen University. In the early 2010s he was fined under a criminal case on involvement in an illegal armed formation (IAF).

In the early 2010s, while being in dire financial straits, Eskerkhanov, according to his story, tried to sell his kidney by placing an ad. A correspondence with one of those who responded to his ad gradually grew into an intimate link; and in the summer of 2011, when Eskerkhanov went to meet with the author of messages, several people grabbed him, took into the forest and forced him to tell about his sexual orientation to a video camera.

According to Eskerkhanov, in 2012, he got a job at the Department of Culture of the Chechen Government, but after a few months he was forced to resign, because "bosses were informed that a gay was among the employees." On June 29, 2013, Eskerkhanov left Chechnya, associating his departure with the pressure that his relatives put on his elderly stepmother.

In September 2017, Eskerkhanov told the American edition Time about his sexual orientation, explaining that with his story he wanted to help other Chechen gays, and urged them to "be afraid of nobody." According to the BBC, Eskerkhanov became the first Chechen native to openly declare his homosexuality.

On November 13, 2017, on air of ChGTRK (Chechen State TV and Radio Company) "Grozny", Eskerkhanov asked for forgiveness from the Chechen authorities, explaining that he was forced to confess to his homosexuality by Western journalists in order to "disgrace Chechens." But in December 2017, he stated that he had been forced to apologize under threats.

On June 8, 2019, Eskerkhanov was hospitalized in grave condition with stab wounds. According to his acquaintances, Eskerkhanov was injured during a conflict with the son of a woman who owes money to him, said Igor Kochetkov, the head of the Russian LGBT Network.