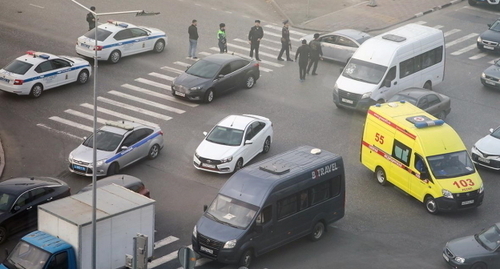 During the week of November 21-27, 2022, two people perished during the armed conflict in Northern Caucasus; and there is no information about the wounded ones. These are the results of the calculations run by the "Caucasian Knot" based on its own materials and information from other open sources.

On November 21, an unknown man was shot dead in central Grozny after he attacked a GIBDD (traffic police) inspector with a knife and tried to escape with the inspector's pistol. The policeman died, and the attacker was liquidated.

This attack on a law enforcer in Chechnya was the first in more than 16 months. The previous similar incident took place in Grozny on July 9, 2021. Since 2019, there have been at least five attacks with bladed weapons on law enforcers in Chechnya.

This article was originally published on the Russian page of 24/7 Internet agency ‘Caucasian Knot’ on November 29, 2022 at 01:56 am MSK. To access the full text of the article, click here.

Caucasian experts argue about connections of man shot dead in Grozny with IS, Knife attack on policeman was the first in Chechnya in 16 months, Policeman attacked and killed in Grozny.