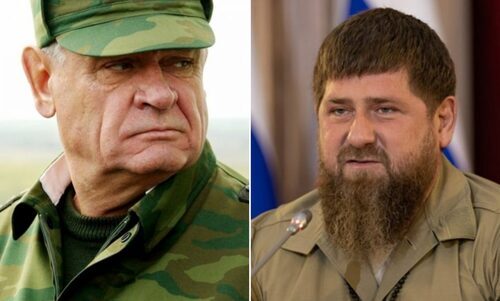 Ex-commander of Ground Forces enters into controversy with Kadyrov

Only the Defence Minister and the country's president can criticize the commander of a grouping of troops at the frontline, Vladimir Boldyrev, a former commander of the Russian Ground Forces, has told Ramzan Kadyrov, commenting on the criticism expressed by the head of Chechnya against Colonel General Lapin. Mr Boldyrev has suggested that Kadyrov's criticism of militaries' actions could be caused by the "undercover fuss."

On October 29, 2022, the "Grozny" TV Channel reported that Alexander Lapin, whom Kadyrov had severely criticized for his blunders during the special military operation (SMO) in Ukraine, was removed from his post of commander of the Central Military District. On January 16, Kadyrov responded to Boldyrev, who found it inappropriate to criticize the actions of General Lapin by the head of Chechnya, and reminded Boldyrev that Kadyrov has the rank of general himself.

Vladimir Boldyrev has stated that the head of Chechnya had no right to criticize Lapin. "Only two persons can evaluate, let alone criticize, the Colonel General in command of a troops group at the frontline, namely, the Defence Minister and the President of Russia. No other officials can do it," the RBC has quoted Mr Boldyrev as saying.

In his Telegram channel, Ramzan Kadyrov has stated that he is an experienced practitioner. "I know how to conduct special and military operations better than any general," he has stated.

Kadyrov's criticism of the military command is caused by his desire to earn political dividends personally for himself, Alexei Malashenko, a political analyst, had suggested earlier.

This article was originally published on the Russian page of 24/7 Internet agency ‘Caucasian Knot’ on January 17, 2022 at 04:15 pm MSK. To access the full text of the article, click here.

Kadyrov's approval of troops removal from Kherson fits into his struggle for influence on Kremlin, Analysts dispute about motives for Kadyrov's and Prigozhin's attacks on military leadership, Kremlin reacts to Kadyrov’s criticism of Russian military commanders.