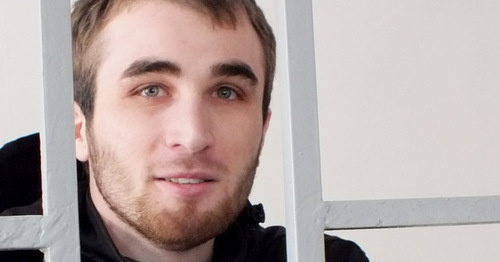 Key facts about Geriev's case: from kidnapping to appeal

On September 5, 2016, Chechen journalist Zhalaudi Geriev, working for the 'Caucasian Knot', was sentenced to three years of imprisonment in a penal colony on charges of drug possession.

Prior to his arrest, on April 16, 2016, Geriev was kidnapped by armed men on his way to the airport after he had already bought an airline ticket and registered online. After kidnapping law enforcers confiscated his phones and backpack, which allegedly contained drugs. The armed men then took the journalist to the forest and questioned him, tying his hands and putting a plastic bag over his head. Geriev was accused of conducting activities against Chechen authorities; he was questioned about his journalistic work and was forced to confess to possessing marijuana.

At the trial, Zhalaudi Geriev withdrew his confession made at the preliminary investigation, saying it was made under pressure. Geriev's advocate Alaudi Musaev claimed that the key evidence in the case – package that allegedly contained drugs – was falsified. It was revealed that the package sent for forensic examination was not the same package that had been confiscated in the first place. On November 23, the Supreme Court of Chechnya decided to send to the investigating authorities Geriev's complaint about his kidnapping.

In June 2017, the defence of Zhalaudi Geriev filed a complaint to the ECtHR. In July, the Supreme Court of Russia refused to consider cassation appeals against the verdict. On October 10, the defence challenged this refusal.

On December 1, 2017, the Supreme Court of Russia refused to send the complaint of Zhalaudi Geriev against the verdict in his case on illegal drug dealing to the cassation.

The Human Rights Centre (HRC) "Memorial" has recognized Geriev to be a political prisoner. More than dozen international human rights organizations published statements in his support. The online petition in support of the journalist gathered more than 24,000 signatures.

The 'Caucasian Knot' believes that the criminal case against Zhalaudi Geriev is fabricated, while charges of drug consumption are totally baseless. Lack of direct evidence of Geriev's fault and pressure applied to him during investigation give reasons to assume that criminal prosecution of the 'Caucasian Knot' correspondent is motivated by his professional activities.

On September 18, 2018, the Naursky District Court decided to release Zhalaudi Geriev on parole. However, on September 28, Maxim Dushin, Deputy Prosecutor of the Republic, appealed against this decision. On November 8, the Supreme Court of Chechnya overturned the ruling on Geriev. According to the lawyer Alaudi Musaev, the reason for the cancellation of the decision was not Dushin's arguments, but a procedural error.

On March 22, 2019, shortly before his release, Zhelaudi Geriev was placed for 15 days in a punishment cell. The administration of the colony in Chernokozovo, where the journalist served his sentence, considered that he had violated the regime by refusing to leave the cell due to health problems when the FSIN officers came there.

On April 30, 2019, Zhalaudi Geriev was released, having served fully a three-year prison term.

The analysis of the case of Zhalaudi Geriev laid the basis of the chapter on violations of the rights of journalists in the report "Severe restrictions on freedom of speech and expression in 2012–2018", presented by the PEN Moscow – Free Word Association.