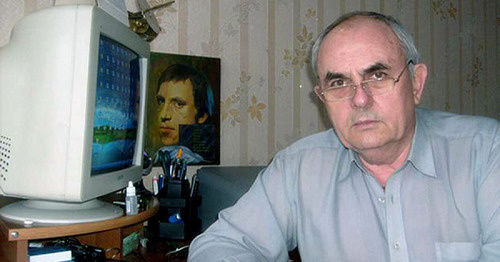 In 2015, Valery Dyakonov, a public activist from the Rostov Region protected the rights of deceived citizens, who received, at the city clinical hospital, invalid certificates for obtaining driver's licenses. Also in 2015, Mr Dyakonov achieved the issuance of overalls and payment wages in full to the ambulance staff.

He was nominated for the "Hero of the Caucasus-2015" contest of the "Caucasian Knot" for having achieved concrete results while helping people.

In 2015-2016, Valery Dyakonov was a member of the initiative group of miners, workers of the “Kingcoal” group of coal companies, who demanded repayment of more than 300 million wage debts to them after the actual disintegration of the company.

Along with other activists, Valery Dyakonov managed to organize daily pickets of miners near the office of the “Kingcoal” in the town of Gukovo; and to properly hold a hunger strike and draw the attention of the authorities to miners’ problems both at the regional and federal levels. After numerous meetings with the miners’ initiative group, the authorities paid out to Gukovo miners 20 million roubles of salary debts through the Regional Development Corporation and gave 300 tons of ration coal out to them.

In February 2015, the employees of the ambulance station, who were not provided the due surcharges to salaries, appealed to Mr Dyakonov. The employees were also not equipped with the due overalls. In March 2015, Valery Dyakonov held a rally in support of the ambulance staff, after which the payments were made in full and the overalls were given out.

Also in 2015, Valery Dyakonov protected the interests of the drivers, who suffered from the actions of the employees of the Central City Hospital in the town of Zverevo: the hospital collected fees for issuing of certificates needed for getting driver’s licences; however, the hospital had no license for issuing such certificates. Valery initiated an appeal to the prosecutor's office; and the chief physician of the hospital was brought to administrative responsibility and fined by 4000 roubles.

Valery Dyakonov was born on February 16, 1951, into a large family of hereditary Cossacks.

Before his regular military service, he studied and worked at the “Zverevskaya-Vostochnaya” Mine, and at the Zverevo central mechanical workshops.

In 1970-1972, Mr Dyakonov took his army service in the Group of Soviet Armed Forces in the Democratic Republic of Germany.

In 1978, he continued working at mines of the Rostov Region; for his successful work he was awarded the order “Sign of Honour” and numerous certificates and diplomas.

Since 2003, as a member of an initiative group, Valery was dealing with the problem of miners’ privileges and wage debts. As a result of his active participation, former workers of the Open Joint-Stock Company (OJSC) “Obukhovskaya” received 23 million roubles of salary debts and their ration coal.

From September 2004 to June 2006, Mr Dyakonov was the Director of the "Globus" TV Company, which broadcasted in the town of Zverevo and the private housing sector three TV channels: the "RTR Sport", the "Zvezda-Yuzhny Region" and the "Kultura", combined with the news of the town.

After the screening of the documentary "Dostuchatsya do Nebes" (Knockin' at Heaven's Door) telling about the life of abandoned retired miners, where Valery Dyakonov was a co-author, the "Globus" Company was liquidated.

In July 2005, he was elected the Deputy of the Zverevo Town Duma; and for five years in this position Dyakonov was defending the rights of townspeople and struggled for return of privileges to retired miners of the town.

In 2007-2008, by participating in multi-day pickets of retired miners, he achieved the payment of the artificially created debts for heating in the amount of 7.6 million roubles.

In October 2010, Mr Dyakonov was re-elected as Deputy of the Town Duma for the second term.

In 2011-2013, Valery was one of the organizers of pickets of local residents, which resulted in the reduction of housing and communal rates in the town of Zverevo. Due to the efforts of Valery Dyakonov, now Zverevo is among the towns with the lowest rates in the Rostov Region.

In February-March 2013, Mr Dyakonov and five other persons went on a hunger strike with a demand to recalculate the norms of consumption of heat energy by residents of Zverevo.

On August 27, 2014, he held a solo picket at the reception office of the Russian President in Moscow demanding to return the suspended benefits for housing and communal services to residents of Zverevo.