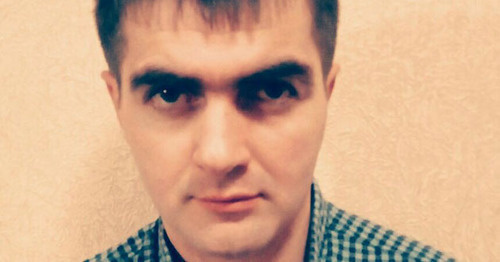 In 2015, Ruslan Dauev, a lawyer from Vladikavkaz, defended the rights of the family of Ruslan Tskaev, detained on suspicion of attempted murder of a policeman, who died due to abuse of power of employees of the Ministry of Internal Affairs (MIA). As a result, 10 current MIA employees have been already attracted to criminal liability.

Mr Dauev was nominated for the “Hero of the Caucasus-2015” contest of the “Caucasian Knot” for carrying out his professional duties in spite of risk for his life and health.

In 2015, Ruslan Dauev represented the suffered party in the case of Vladimir Tskaev.

The 39-year-old Vladimir Tskaev died at night on November 1, 2015, after interrogation at the Iriston police station. His relatives believe that he died from torture.

In 2016, ten current MIA employees were charged with abuse of power and use of violence.

On November 9, 2015, while commenting on the course of the case to the “Caucasian Knot”, Ruslan Dauev said, “So far, we are satisfied, because, as we think, the guilty persons are being detained, although one by one. We hope that all the culprits involved in this appalling crime will be brought to criminal responsibility. We’ll contribute to this process within the bounds of the law.”

Ruslan Dauev was born on March 17, 1981, in the city of Vladikavkaz. He had mother and a younger brother, but no father.

In 2000-2002, he took his regular military service in the Russian Armed Forces.

In 2007, Ruslan Dauev graduated from the Department of Law of the RussianNewUniversity (the city of Moscow).

During the period from August 2006 to September 2007, he did his internship at the Division for Investigating Especially Grave Crimes at the Prosecutor’s Office of North Ossetia.

In November 2009-May 2010, he was a senior investigator at the Division for Investigating Especially Grave Crimes of the ID for North Ossetia of the ICRF.

In August 2009-November 2009, Mr Dauev worked, and from July 2010 to the present time, he has continued to work as a lawyer; he is a member of the Bar Association of North Ossetia. He is mainly rendering legal aid on criminal cases.