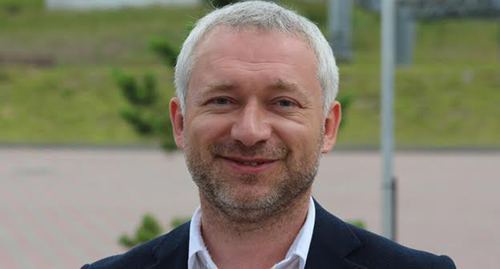 In 2015, Ruslan Kambiev, a blogger and human rights defender, initiated the creation of an independent North-Caucasian expert-analytical centre, which united human rights defenders, journalists and public activists of the North-Caucasian Federal District (NCFD) and other regions of the country. Mr Kambiev openly stated pressure by the authorities on public activists, the formation of "manual" councils and public chambers in regions, which fail to raise real problems of interest to the society.

Mr Kambiev was nominated for the “Hero of the Caucasus -2015” contest of the “Caucasian Knot” for his ability to persistently defend public interests.

In March 2015, Mr Kambiev initiated the creation of the independent North-Caucasian Expert-Analytical Centre (NCEAC), which united human rights defenders, journalists and public figures of the NCFD and other regions of the country. Public activists received an opportunity to use the platform of the centre to exchange experiences, voice out regional problems and jointly make decisions to solve them.

Also, Mr Kambiev initiated a number of educational projects aimed at training in the basics of social designing and strengthening the ethno-confessional relations among the youth of Northern Caucasus. He organized the first "Platform-2015" Interregional Inter-Confessional Youth Forum for senior pupils of the NCFD, held in the resort village of Dombai.

Ruslan Kambiev is the organizer of the projects "Peace to you!" and "Peace to your home!" in which all higher schools of Karachay-Cherkessia held seminars on development of interethnic and inter-confessional mutual respect among young people.

Within the project "Better Together!" for the first time in the Karachay-Cherkessian Republic (KChR), he organized trainings in the development of the ethno-confessional mutual respect among senior pupils of secondary schools of the city of Cherkessk. He also periodically holds educative excursions for schoolchildren to museums of Saint Petersburg, Moscow and other cities.

Ruslan Kambiev was born on May 7, 1976, in Pyatigorsk, Stavropol Territory.

In 2001, he entered the Russian International Academy of Tourism, where until 2004 he studied in the specialty "Organization Management".

In 2003, he started working as a manager in the tour company "Mezhregion-Tour"; and in 2004, he became its director.

In 2006-2011, he taught the disciplines of management, marketing and tourism organization at the College of the North-CaucasianHumanitarianStateTechnologicalAcademy.

In 2010, he was trained under the presidential training programme for managerial staff at the FinancialAcademy under the Russian Government.

In 2010-2012, he was a member of the Public Youth Chamber under the State Duma of Russia, in the Commission for International Interaction and Tolerance.

In August 2010, he began working as a senior human rights inspector at the Civil Commission and Committee for the Protection of Citizens' Rights and Freedoms in the North-Caucasian Federal District (NCFD).

In June 2011, he took the post of the head of the Division of Interethnic Relations at the Ministry for Nationalities, Press and Mass Communications of the KChR’s Government.

In January 2012, he moved to work as a research fellow at the Centre of North-Caucasian Languages and Cultures of the Scientific and Research Institute of Philology of the PyatigorskStateLinguisticUniversity.

In 2013, Mr Kambiev acted as a public defender in a resonant case on the prohibition of the translation of Holy Koran by Elmir Kuliev into Russian, which was passed by the Novorossiysk Court on the suggestion of the Transport Prosecutor's Office. As a result, the judgement on putting the Koran translation on the list of extremist literature was cancelled.

In 2013, Mr Kambiev, within his work as a human rights inspector of the civil committee for the protection of citizens' rights and freedoms in the NCFD, defended the legitimate interests of the bookstore owners in the KChR, involved in litigations on prohibiting Muslim literature.

In 2013, on the eve of the Winter Olympics, Mr Kambiev was among the detained activists and leaders of Circassian and Abazin public organizations.

In July 2014, Mr Kambiev became the chairman of the regional KChR’s branch of the All-Russian Political Party "International Party of Russia".