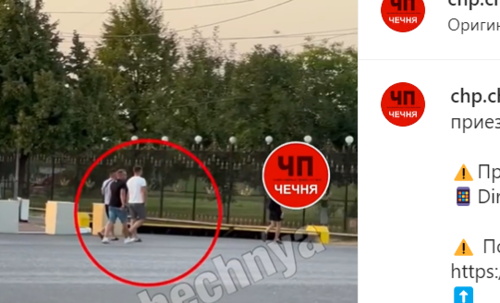 The remarks of passers-by to tourists about their appearance in Chechnya are quite appropriate, users of the Chechen public wrote after a video of men walking down the street in shorts. Hotels and the Ministry of Tourism should control tourists' behaviour, others have objected.

The "Caucasian Knot" has reported that the Chechen Ministry of Tourism is regularly reminding tourists of the rules of conduct in the republic. Thus, in 2019, the Ministry issued a memo, which prescribed how to dress in Chechnya, and also regulated communication with local women and smoking.

In July, the Ministry again posted on the Instagram* the rules of conduct for tourists in Chechnya. "It is not customary to wear revealing clothes here. Chechen girls do not wear trousers... T-shirts, transparent blouses, deep cleavage are also excluded," the post said.

Some users have agreed that tourists in Chechnya should observe local customs, including wearing modest clothing. However, others have objected, asserting that tourists can dress as they please, and, besides, locals themselves don't always follow the rules.

A number of commentators expressed the opinion that tourists' appearance speaks of disrespect for local traditions.

Others have suggested controlling tourists. "It's necessary to officially introduce fines," the user soldatbnfuj writes.

Other users have spoken out in support of tourists.

This article was originally published on the Russian page of 24/7 Internet agency ‘Caucasian Knot’ on August 27, 2022 at 07:37 pm MSK. To access the full text of the article, click here.