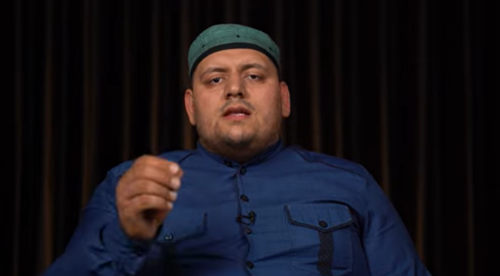 The escape of four Dagestani young women was provoked by the influence of social networks, in which recruiters convince young people to leave their families, the chairman of the Council of Imams of Kaspiysk has stated. In his opinion, the girls have poured dirt on the family by telling that they had been "infringed."

The "Caucasian Knot" has reported that on October 29, Russian border guards in North Ossetia refused to let the four sisters from Dagestan, who had fled domestic violence, into Georgia and kept them until their relatives arrived. The girls asked not to return them to their families, fearing that they were searching for them "to kill." On October 30, the girls were allowed into Georgia, where they are in a safer place, the SK SOS Crisis Group has informed.

Patimat Magomedova, Khadizhat and Patimat Khizrievas and Aminat Gazimagomedova are relatives (two sisters, a cousin and a second cousin). According to the girls, they were beaten up and circumcised when they were five or seven years old; the surgery was made without anaesthesia.

The Muftiate of Dagestan has posted a video appeal by Shamil Bagandaliev, the chairman of the Council of Imams of the city of Kaspiysk, about the girls' escape. He believes that "the reason for which the parents lost their children" was the cellular phone.

In his opinion, the girls had been "treated" by persuading them that they "should be free." The Mufti has urged parents to "control children" and criticized those who help children to leave their families.

The girls are still in Georgia, but they plan to move to another country, human rights defenders have pointed out. The traces of beatings on the sisters have been fixed, as well as the attempt by border guards not to let them out; and this adds to their chances of obtaining asylum abroad, the defenders have added.

The fact that the girls managed to cross the Russian-Georgian border is a great merit of media and human rights defenders, the author of the blog run on the "Caucasian Knot" entitled "She-Blogger. Northern Caucasus" has pointed out.

This article was originally published on the Russian page of 24/7 Internet agency ‘Caucasian Knot’ on November 1, 2022 at 11:15 am MSK. To access the full text of the article, click here.

Rights defenders treat Dagestani sisters' chances to receive asylum abroad as high, Dagestani girls tell about their flight from domestic violence, Four women from Dagestan ask not to return them to their relatives.