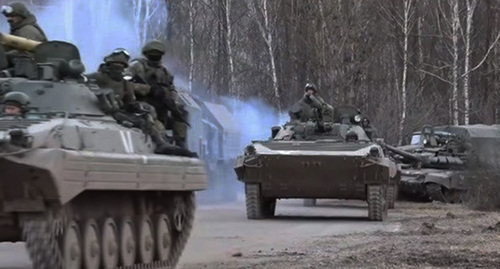 Since the start of the special military operation (SMO) in Ukraine, authorities have confirmed the deaths of at least 952 residents of Southern Russia, including 594 from the North-Caucasian Federal District (NCFD) and 358 from the Southern Federal District (SFD). Most of the dead are from Dagestan.

The "Caucasian Knot" has reported that by October 27, the number of deaths in Ukraine, reported by the authorities of NCFD and SFD had reached 850; and by November 8, the deaths of at least 900 natives of Southern Russia had been confirmed.

Let us remind you that already by May 20, the number of law enforcers from Northern Caucasus who had perished in Ukraine exceeded the number of deaths thereof during the last eight years of the ongoing armed conflict.

Earlier, analysts pointed to the deficit of information on the death toll in Ukraine. As a rule, most of the contract soldiers are from poor regions, which explains the frequent reports of casualties among the natives of Dagestan and other NCFD republics, Akhmet Yarlykapov, an expert on the Caucasus, has suggested.

This article was originally published on the Russian page of 24/7 Internet agency ‘Caucasian Knot’ on November 25, 2022 at 00:54 am MSK. To access the full text of the article, click here.

Official data on compensations suggest the level of losses during the SMO, Kadyrov confirms deaths of 23 Chechen fighters in Ukraine, Death toll among natives of Southern Russia in Ukraine officially reaches 900.