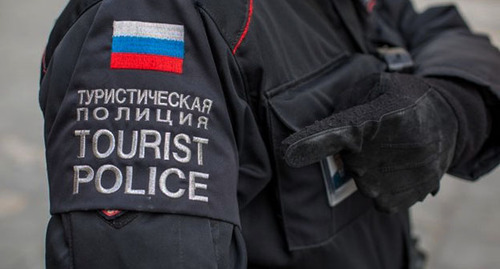 After a series of conflicts involving local residents and guests of Dagestan, Sergey Melikov, the leader of the republic, has announced that a tourist police should be created in resort towns of Dagestan.

The “Caucasian Knot” has reported that Sergey Melikov reacted to a video of a conflict involving a local resident and visitors, when the local man reacted in a rude manner to a young woman in a bathing suit and a transparent cape and publicly reprimanded her. In their comments, Telegram users noted that the author of the video behaved aggressively and fomented a conflict despite the apology of the tourists. Sergey Melikov has pointed out that harsh remarks and rudeness from Muslims turn tourists against Islam and urged the resident of the republic to be more tolerant.

The leader of Dagestan has suggested that Russian cities with a large number of tourists should create a tourist police, the “Interfax-Tourism” reports.

Earlier, the head of the “Rostourism” (Federal Agency for Tourism) issued a suggestion to create a tourist police after a conflict on a Sochi beach, during which beach guards beat a tourist.

The problem of intolerance of local residents to the appearance of tourists is quite common, journalists confirm. Some tourists who are not familiar with customs in Dagestan think they are going “south” and therefore wear clothes that anger the locals, a guide from Makhachkala points out.

There are no laws in Dagestan and Chechnya that prohibit tourists from walking in shorts or transparent clothes, and adats (local customary practices observed by a Muslim community, – note of the “Caucasian Knot”) do not apply to tourists.

This article was originally published on the Russian page of 24/7 Internet agency ‘Caucasian Knot’ on September 5, 2022 at 07:22 pm MSK. To access the full text of the article, click here.