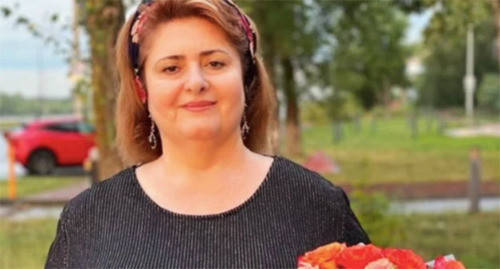 Zarema Musaeva, a spouse of former federal judge Saidi Yangulbaev, denied accusations of attacking a policeman, recalling how she was forcibly taken away from home without medicines and clothes.

The “Caucasian Knot” has reported that Zarema Musaeva is accused of assaulting a law enforcer and is involved in a case on fraud. The court agreed with the unfounded arguments of the investigators that the sick woman could escape from the republic, her son, lawyer Abubakar Yangulbaev, pointed out.

On January 20, Zarema Musaeva, the spouse of former judge Saidi Yangulbaev, was taken from Nizhny Novgorod to Grozny, where she was arrested on the charge of assaulting a law enforcer. The son of Zarema Musaeva emphasizes that the mother suffers from diabetes with complications. The “Support for Political Prisoners” human rights project recognized Zarema Musaeva as a political prisoner.

According to Abubakar Yangulbaev, at trial, Zarema Musaeva confirmed her previous testimony, which she gave in the first days of her abduction.

“She fully denies the very event in which she is accused. That is, she did not attack anyone, she does not know the ‘injured’ policeman, and she did not see anyone looking like him that day,” Abubakar Yangulbaev wrote in his Telegram channel.

According to her son, Zarema Musaeva reported at trial how the law enforcers took her from Nizhny Novgorod to Chechnya. “She was not allowed to get dressed, put on shoes, take her documents and medicines with her ... Only after her repeated complaints on the way did they take medicines, since her life directly depended on the medicines,” Abubakar Yangulbaev recalled.

The lawyer noted that the previously questioned witnesses-policemen did not answer questions, referring to memory problems after the COVID-19 disease.

This article was originally published on the Russian page of 24/7 Internet agency ‘Caucasian Knot’ on December 2, 2022 at 06:01 am MSK. To access the full text of the article, click here.